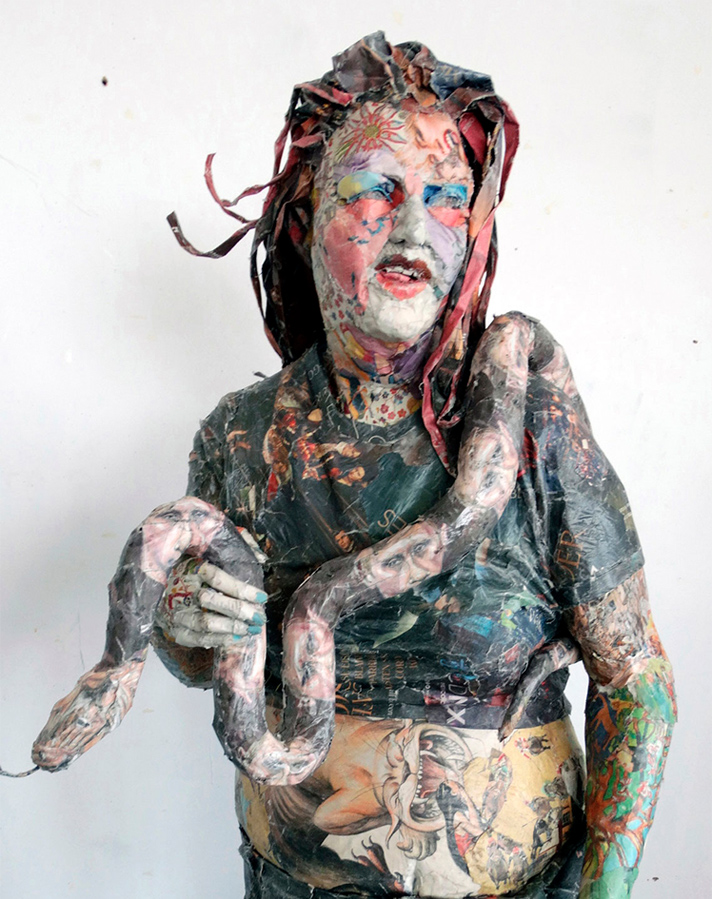 Will Kurtz was born in 1957 in Michigan and is currently based in Brooklyn, New York. In 1981, he graduated with a Bachelors Degree in architecture from the Michigan State University and later obtained a degree from the New York Academy of Art. Using newspapers and masking tape as his principal materials, with everyday objects like cell phones, dog leashes, and pantyhose as occasional embellishments, Will Kurtz creates life-sized sculptures of the residents of New York, dogs very much included. Like an urban voyeur, Kurtz combs the streets of the city to find his subjects, snapping a few iPhone photos of people who trigger his empathy and imagination. Back in his studio, he constructs a skeleton of each of his subjects out of wood and wire, which he then covers with an artfully arranged collage of newspaper clippings. Blaring headlines, photographs of celebrities, discount coupons, and advertisements become skin, hair, faces, and clothing. “I’ll sometimes put words on there that relate to the person, tell a story,” Kurtz says.