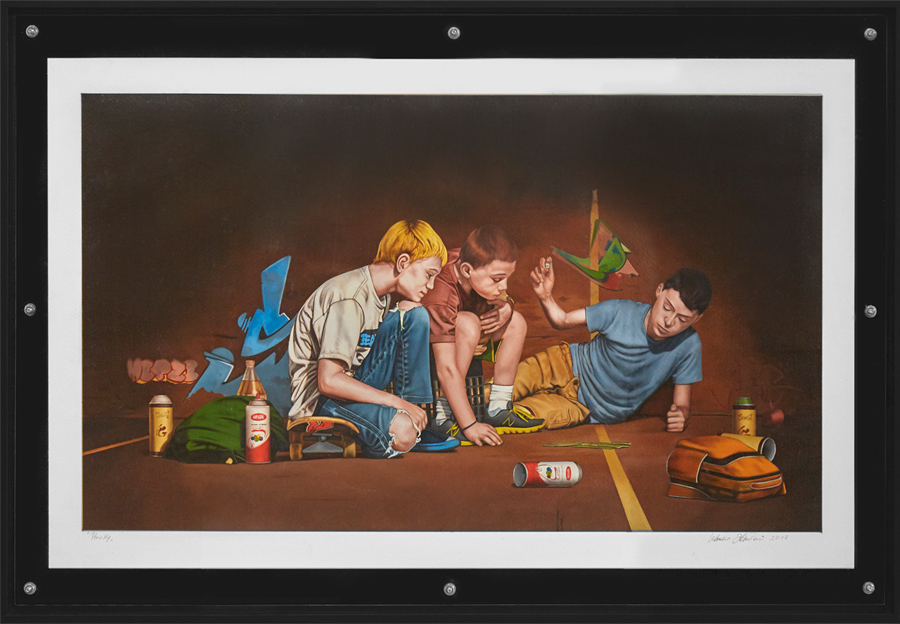 Born and raised in Italy, Vittorio Ottaviani has been painting since the age of 16. He began as an apprentice under a master painter who passed down to him the time-honored classical oil technique of painting. After graduating with honors from the Academy of Fine Arts in Rome, he immediately moved to New York City to expand his creative experience. Having lived in New York for the past 19 years, Vittorio has rubbed shoulders with all manner of people and artists, worked under art greats such as SEEN and Ron English, and developed his own style of socio-realism, inspired by his his old-world training and the day-to-day life he observes within the NY metropolis. Vic recently finished touring his paintings in galleries and art spaces worldwide and is currently working on his next show.