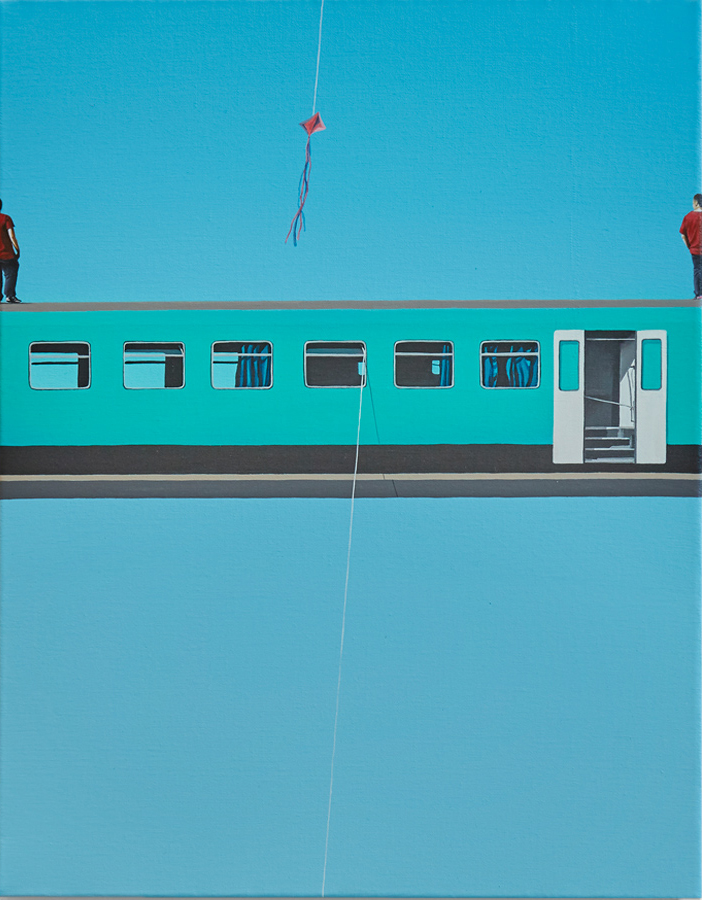 Radoslaw Liwen (R.Liwen) was born in Poland and currently lives and creates in Edinburgh, Scotland. As one of the pioneers of graffiti in north-east of Poland he grew up in a post-Soviet reality inspired by the mixture of punk, skate and hip-hop culture. His involvement in the scene was documented in bestseller book “Graffiti Goes East 1990-2012”. In 2015 Radoslaw presented his series of paintings “Eighteen by Fourteen” easily recognised by trademark style and imagery continued to this day: everyday objects and figures set against clear blue skies. The clarity and minimalism of the works are intended to offer respite from the information overload of modern life, while hinting at the unknowable complexity that lies behind even the simplest of images.