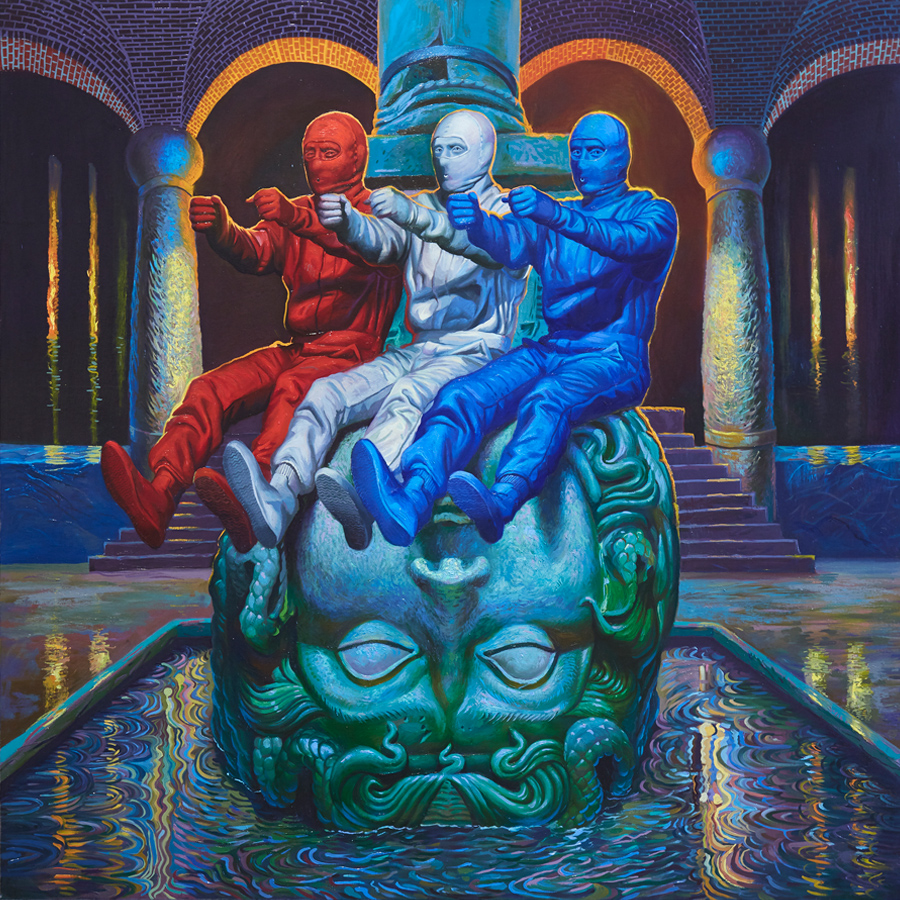 Carlson was born in 1981 in Minneapolis, Minnesota and is currently based in Jersey City, New Jersey. He received a BFA from Ringling College of Art and Design (2004) and an MFA from the New York Academy of Art (2006, Fellow 2007). He founded the Jersey City Art School in 2009, which has grown to 5 locations, which includes over 40 studios, a gallery and several classrooms. Carlson also helped create JCARTIST.org, an artist directory and resource for curators in Jersey City. JCAS also founded and manages The 313 Gallery opened in 2013 and focuses of 6 weeklong group shows. Carlson has curated several shows over the years in Jersey City and the Eden Rock Gallery in St. Barthelemy, FWI where he has spent 7 months of artist residencies.