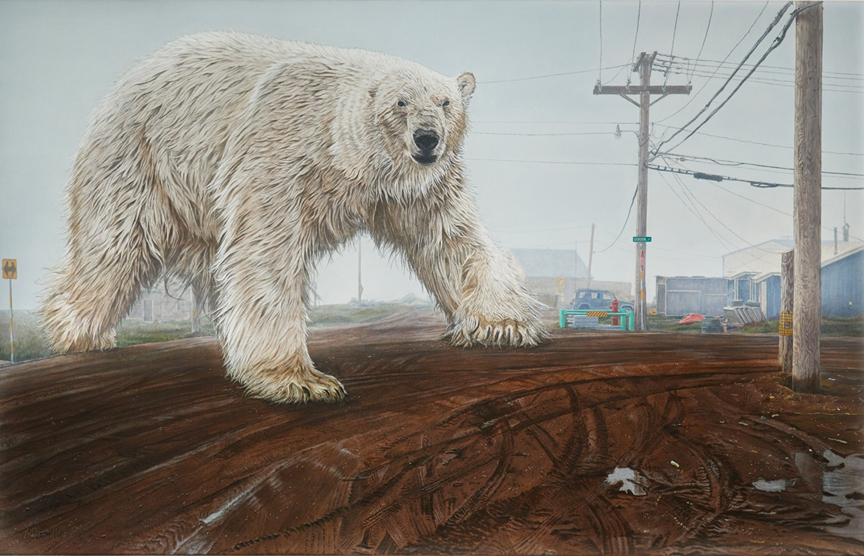 Austin Parkhill is based in Alaska and received a BFA from Colorado State University. The piece on view in 'Delusional' is part of his MEGAfauna series, which considers the way we interact with the natural environment, utilizing the arctic villages of Alaska as backdrop. He describes, "In confronting mega-sized wildlife in local scenes, we consider coexistence with these massive creatures, a genuine concern as the climate changes. After many years living atop the Arctic, I have become intimately familiar with the daily interactions with wildlife, exacerbated by the dramatic effects of global warming on this unique part of the world. The exaggerated animals in these paintings are cast as an undeniable representation of the natural environment, primed for our reevaluation."